Attorney David Baram began producing concert events while a college student at Hofstra University in 1972. In 1976, he was employed by Concerts East promoting concerts at Madison Square Garden, Shea Stadium, Providence Civic Center, and other venues throughout the northeastern United States.  Following his years with Concerts East, Baram joined with Michael ‘Eppy’ Epstein in operating the legendary My Father’s Place nightclub on Long Island, New York.  Radio broadcasts and video recordings from MFP’s weekly Monday night reggae series remain in wide circulation among bootleggers today.  Eppy and David also branched out into full scale tour production and management for many major reggae performers, presenting many to United States audiences for the first time.  While working at My Father’s Place, Baram attended law school, and in 1982, began his second career as an attorney.

He has practiced law for over 30 years, specializing in transactional and business matters, and civil litigation. He is a frequent speaker and conducts seminars regarding financial problems, bankruptcy, and debt resolution issues as well as entertainment law issues. Baram is licensed to practice before all Courts in the State of New York as well as the Federal Courts in the Eastern and Southern Districts of New York and is a member of the National Association of Consumer Bankruptcy Attorneys. 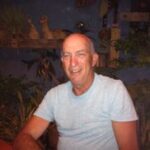 Steven Kaiser has been practicing law for over thirty years. He is licensed to practice law in the state of New York as well as Federal District Court for the Eastern and Southern District of New York specializing in personal injury litigation, civil litigation, real estate, landlord tenant law and land use.

He is the former president of the Long Beach Lawyers